FIN is a political party formed to promote the establishment of an adequately funded, staffed and empowered Federal Independent Commission Against Corruption.

In addition FIN will advocate for real time political donation disclosure, strict limits on those donations, an end to any preferential treatment of retiring politicians in their subsequent employment and increased protections for whistleblowers.

Corruption has long been a feature of Australian politics and recent events have magnified both risk and impact.

A federal ICAC might not eradicate corruption in Australian politics, but it could put a fair-sized dent in it.

FIN plans to stand candidates for the Upper House including in the next half-senate election which must be held on or before 21 May 2022.

FIN was registered by the AEC on 31 January 2022 with 1500 members verified as being on the Electoral Roll.

23 August - 2021. Morrison Government with the support of Labor moves the goalposts for party registration.

The Electoral Legislation Amendment (Party Registration Integrity) Bill 2021 was introduced into Parliament on 12 August 2021, just months before the expected date of the next Federal election. 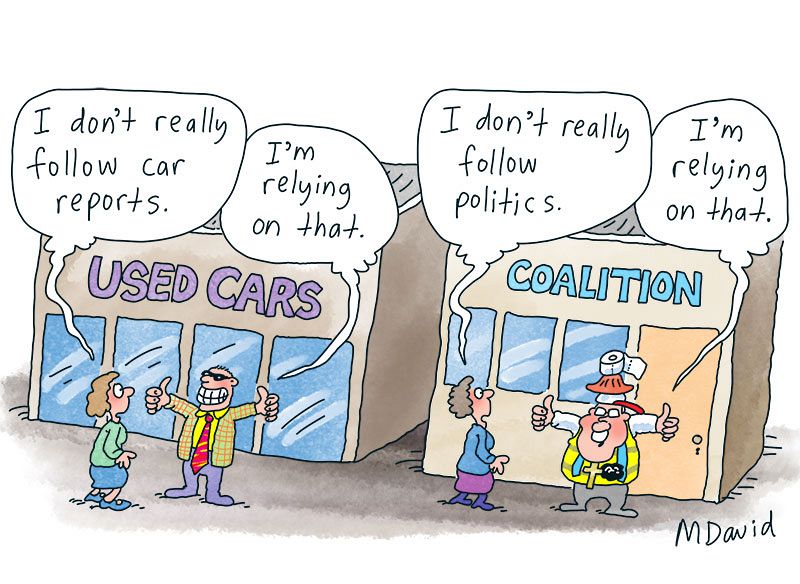 The changes to the Act make it harder to establish a new political party. Much harder.

The amendment will require all non-parliamentary political parties in Australia to have 1,500 members — triple the current requirement.

This includes us - the Federal ICAC Now (FIN) Party.

We urgently need to recruit more members - can you help?

To become an official member of Federal ICAC Now please sign up with your current enrollment address. (Check your enrollment here)

Why did this happen? Find out more here.

We need your help to register more members.

The AEC has advised FIN’s application has passed every requirement for registration, with the exception of one formality.

The AEC has now placed notices in ten newspapers across the country advising the FIN party is about to be registered.

The formality is that the AEC will, until 30 August, consider any objections to FIN’s registration.
Grounds for objection are limited and we do not anticipate any complying objections being made.

We will be informed of any formal objections, and we’ll have the ability to respond.

We’re very close to being a formally recognized party.

Thank you all for your support!

FIN will soon be a reality.

A big thank-you to those members who have recently confirmed their FIN membership when contacted by the Australian Electoral Commission.

A per its policy, the AEC is directly contacting a sample of FIN members from the list recently submitted with the re-application for registration as a political party.

The AEC do this to confirm the member list submitted is valid.

We understand the AEC firstly emails, then, if there is no response, calls the mobile then, if this fails, ordinary mail.

One member reported the confirmation form, emailed to her by the AEC with instructions to complete it online, was inactive and could not be successfully completed.

The member contacted the AEC to inform them of this problem and to ensure her FIN membership was confirmed.

The member advised an AEC employee stated the AEC always follows up unanswered emails with a phone call.

So maybe check your spam and if you get a call, please confirm…

Thanks for your support,
Ross Jones

The AEC cannot provide details regarding the identity of these parties.

The AEC then invited FIN to submit an amended application.

Accordingly, an amended application has been prepared and forwarded.

This amended application includes 550 member names checked against the electoral roll. 550 is the maximum number of member names that can be submitted.

The AEC works in ways that can be a mystery to outsiders and runs a complex sampling system, so 550 is not necessarily better or more favorable to a positive outcome that the 509 submitted with the previous application.

If this time around you are one of the lucky few contacted by the AEC, it would be greatly appreciated if you could confirm your FIN membership.

And thanks to all members who confirmed in the last round.

We will keep you informed of progress.

The successful registration of FIN as a political party will have a profound effect on Australian politics.

The movement to form the political party, Federal ICAC Now has suffered an irritating, but not terminal, setback.

The AEC has advised us that if we do not vary our application they will not be able to approve it.

We are certainly going to do this.

Our original application failed to meet the membership threshold by the thinnest margin possible, in fact it came down to one person.

1. We submitted the names of and details of 509 persons who joined FIN via our on-line form.

As noted on this form, for a party to be formed at least 500 members must be on the electoral roll who are not relied upon by another party for its membership.

Of the 509, the AEC was unable to match one to the electoral roll, leaving 508 matched to the roll.

The AEC then identified a further three members as possibly supporting the registration of another party.

As the next step in the process, the AEC conducts a membership test to ensure declared members are actually members.

It does this by contacting a random sample of the submitted members. The sample size is based on the number of names submitted. Depending on the sample size a very small failure rate is permitted.

In our case, with 505 names, the sample size was 26 with just one denial permitted.

Of the 26 sampled, 24 confirmed their membership but two people denied they were members of Federal ICAC Now.

Accordingly, the AEC was unable to approve our application.

As you can see, by the thinnest of margins.

But we are going to take the AEC up on its offer and resubmit an amended application.

The Australian Electoral Commission's registration of Federal ICAC Now as a political party is nearly complete.

But we're not quite there yet!

We have received the following advice from the AEC –

The Australian Electoral Commission (AEC) would like to advise you that it has completed steps 1 to 6 of the membership testing process being conducted on the membership list provided to the AEC by Federal ICAC Now (the Party) on 20 October 2020.

The AEC is now in a position to contact a random sample of members (steps 7 to 9 of the membership testing process*) and will commence contacting members of the Party from Wednesday 24 March 2021, unless advised by the Party to commence earlier.

*The membership testing process is outlined on page 25 of the Party Registration Guide https://www.aec.gov.au/Parties_and_Representatives/Party_Registration/guide/files/party-registration-guide.pdf

In FIN’s case, a random sample of 32 members will be contacted. Of these, a maximum of two can deny being members or not be able to be contacted.*

Any more than two and the process will take a giant leap backwards.

So we ask you to be aware the AEC may try to contact you and, if you are contacted, to please respond positively within the AEC timeframe.

Thanks for your support.

Our ABN and bank account has been setup for fundraising.

In late October 2020, the AEC advised applications for the registration of new political parties, which apparently takes about 12 weeks, would be put on hold until the Groom by-election was fully complete. In mid-December 2020, the AEC advised the Groom writs had been returned and accordingly the processing of FIN’s application had been resumed, accordingly we expect to hear from the AEC around the end of February/early March.

We have some good news! The AEC have written to advise the writs for the Groom by-election have been returned and, accordingly, the processing of FIN’s party registration has recommenced. This process apparently involves checking a sample members to ensure they are valid electors including, we understand, the possibility of calling or writing to members. It’s not clear how long the process takes, but we expect approval or request for further member details within the next 12 weeks.

Until then, Season’s Greetings and let's hope it’s a great New Year!

Federal ICAC Now (FIN) has lodged its application with the Australian Electoral Commission for registration as a political party.

Your support made this possible. Thank you to all members for your patience.

Because AEC offices across the country are closed, each of the 510 members’ details submitted with the application needed to be verified using the AEC’s online enrolment checker, a more mystifying and time-consuming exercise than anticipated.

A particular thank you to all those members who responded to the bothering for further details, in some cases calling the AEC themselves to sort it out.

The AEC advise the registration approval process takes around 12 weeks to complete if things go smoothly, maybe longer if the online vetting was less than perfect and some re-checking needs to be done.

So the formal registration of FIN is expected early to mid-January 2021!

There is a strong groundswell building across Australia for the creation a Federal ICAC, but more will be needed to make it actually happen. FIN will pile more pressure on where it counts – at the ballot box.

Members will be kept abreast of all developments and volunteers should expect a call in the next month or so.

29 June 2020 - Ross Jones declares intention to form a party and calls for members.

12 May 2020 - Independent Australia first suggests forming a party in an article.

The formation of Federal ICAC Now (FIN) has been facilitated by Independent Australia (independentaustralia.net).

Independent Australia is a progressive journal focusing on politics, democracy, the environment, Australian history and Australian identity. It contains news and opinion from Australia and around the world.

Independent Australia (IA) is strictly non-partisan will have no direct involvement with or control over FIN.